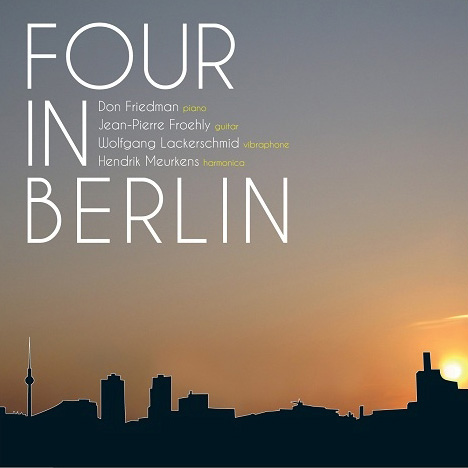 Four outstanding musicians united in Berlin for an unconventional meeting of piano, guitar, vibraphone and harmonica. This instrumental setup has probably never been heard in jazz before. Don Friedman, Jean-Pierre Froehly, Wolfgang Lackerschmid and Hendrik Meurkens invite us on a musical journey, using Berlin as a bridge to Eastern Europe, where romantic swing and free improvisation are in constant dialogue with each other. German guitarist and Diplomat J. Froehly considers this project a homage to Attila Zoller, the Hungarian guitarist who died in 1998. Despite his success in the US, Zoller remained close to his European roots, and can be seen as the main source of inspiration for 'Four In Berlin'.