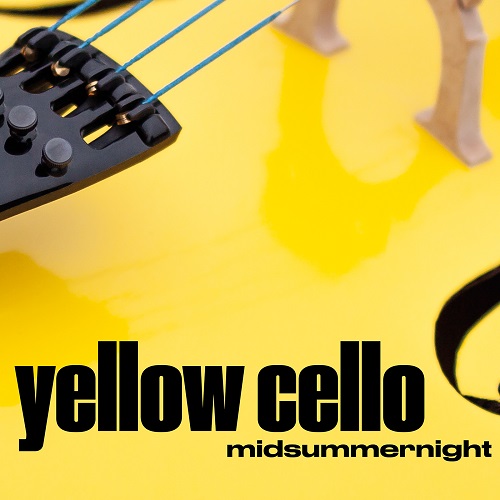 Be the first to review “MIDSUMMERNIGHT, Yellow Cello” Cancel reply

Yellow Cello. The yellowest band in the world is an Allstar boy band 50+. The repertoire: Classic Jazz Rock Crossover. Line-up: 6 top musicians in their best baby boomer years, from Berlin and Saarbrücken. All experts in their musical discipline. They found each other as friends two decades ago, but could hardly have been better cast by a marketing professional in terms of their characters (their individual band / brands).

“Your music is great,” said US President George Bush enthu-siastically at a concert by Yellow Cello in connection with an award by Henry Kissinger. Yellow Cello has performed in front of countless statesmen and women, had his own (Grimme Prize-Nominated) television series with “Cello on tour” on the ARD (MDR) and was on tour on all continents of the world. With Midsummernight, the 6 musicians present their second album at Octason Records.

The music-aesthetic concept: summery light own composi-tions (2 & 11) and the fusion, confrontation and stratification of different historical music genres. This is ideally realized in title 9, “Pavane Orobroy”, the melodies by David Peña Dorantes’, Gabriel Faurés and Johann Sebastian Bachs’ stacked in three layers – and this sound becomes the harmonic basis of an improvisation taking place above it. A complex classic jazz construction with an overwhelming sound effect. Yellow cello creates listening experiences.