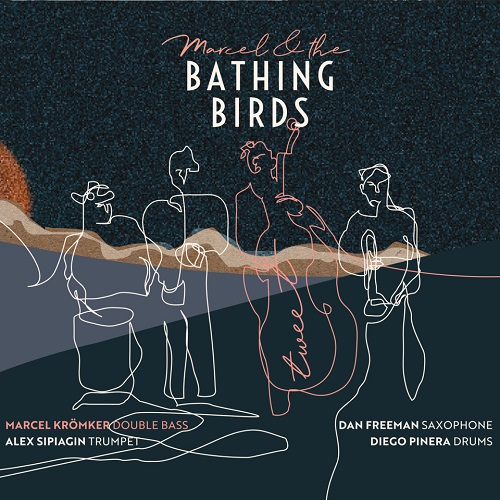 Be the first to review “TWEET, Marcel & the Bathing Birds” Cancel reply

Tweet is the first CD of the band Marcel & the Bathing Birds. The fifteen tracks on the album deal with personal and global, socially explosive and intimate topics. The claim of the Berlin-based bassist and composer Marcel Krömker can be heard, because with his songs he wants to trigger feelings and associations with a similar madness, humor and depth, like Terry Gilliam or the Coen Brothers with their films. The song titles are mostly quotes from South American writers of magical realism such as Borges, Cesar Aira and Garcia Marquez. Above all, they are characterized by absurdities, imagination and humor combined with depth and philosophy – a reflection of the musical qualities of the Bathing Birds. Thanks to the many years of collaboration between the musicians, the band has managed not to get lost in musical freedom, but to tell stories in an exceptionally poetic and emotionally dense manner.